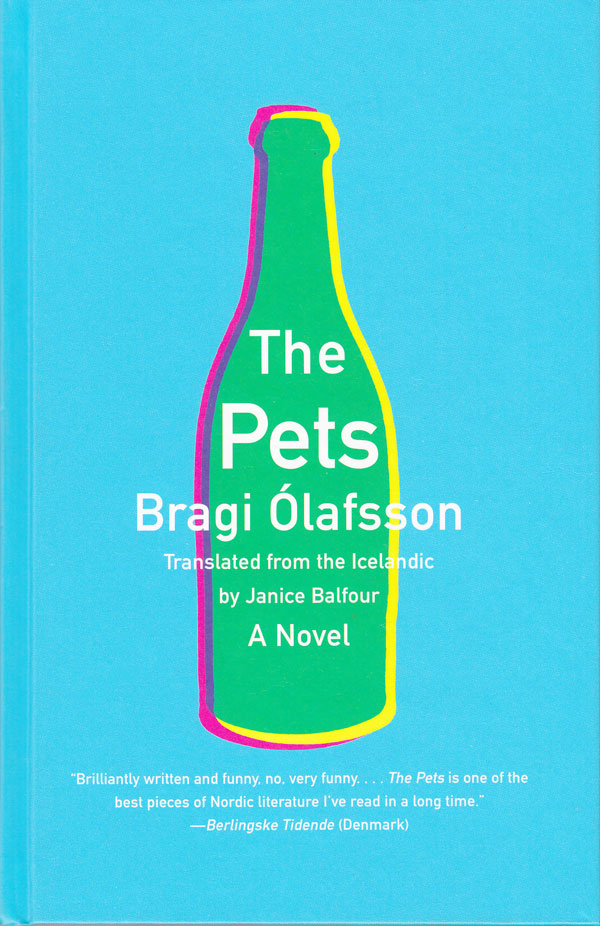 Emil is back in Reykjavik from a trip to London. On the plane ride home he met a beautiful girl named Greta. He’s hoping Greta will call–and that she won’t call while he’s on the phone with his girlfriend, Vigdis. The moment he settles down at home, Havard, a drunken, violent lout from Emil’s past, shows up on his doorstep. Spying Havard through a window–and not wanting to have anything to do with him–Emil does the only sensible thing he can think of: he hides under his bed and waits for Havard to go away. A man with sensibilities of his own, Havard, standing ignored on the doorstep, does the only reasonable thing he can think of: he breaks into Emil’s place, starts drinking his booze, and ends up hosting a bizarre party for Emil’s friends.

An alternately dark and hilarious novel, the breezy and straightforward style of The Pets belies its narrative depth, and disguises a complexity that increases with each passing page.